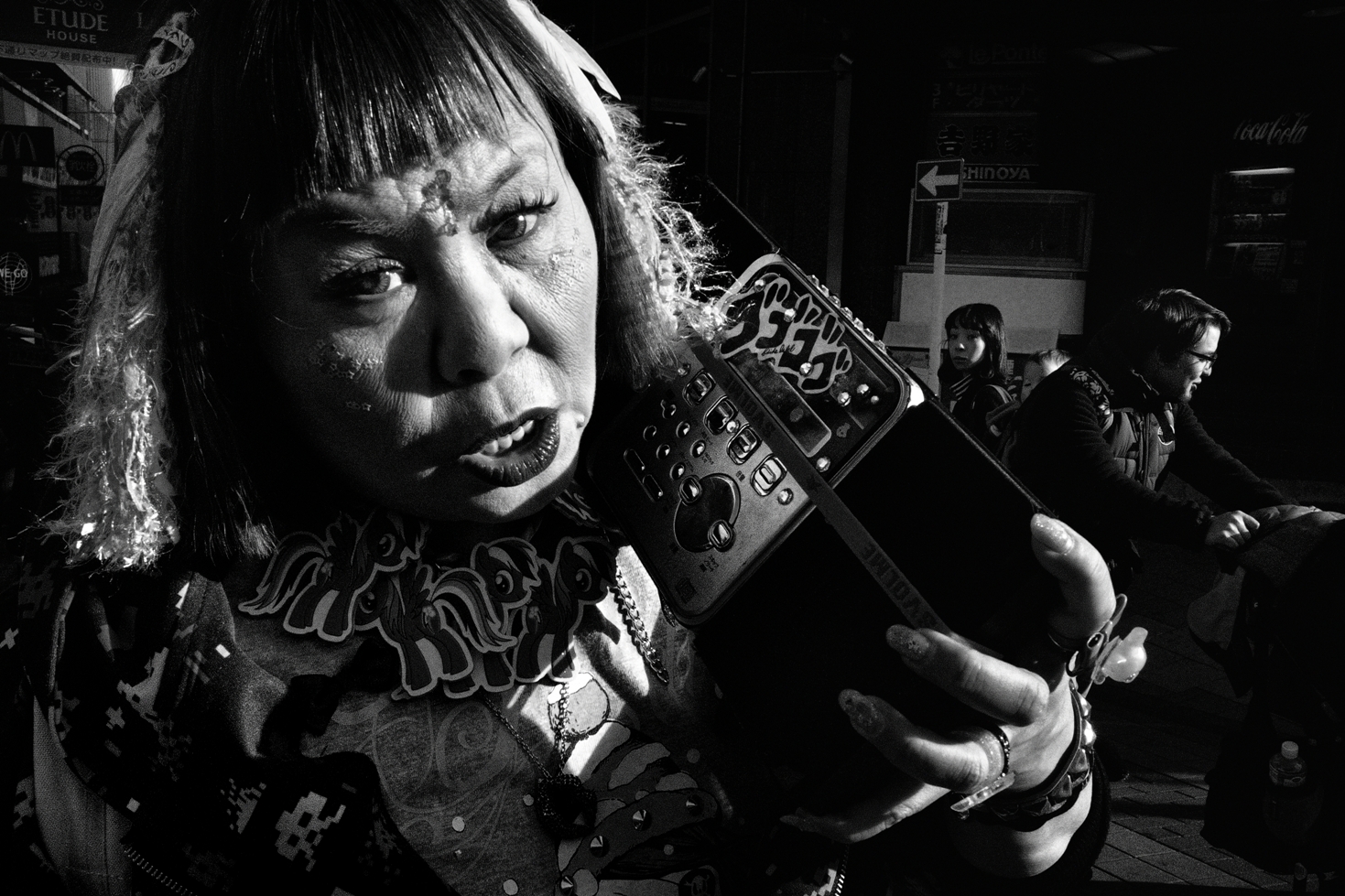 I’m very happy when someone feels something while looking at my pictures. They are the fusion between the city and their people. I can only give one advice: do it with passion.

Japan, the country of the rising sun, which leaves no one indifferent. A country where the most ancestral and respectful cultures coexist with the (probably) most technological society on this planet.

Culture, manga, technological strangeness (for westerns) and photography in particular. Some of them influenced the film industry and inspired generations, like  Akira Kurosawa or Yasujiro Ozu.

But there are well some well-known names like Mizuho Nishikubo or the great Hayao Miyazaki, which were turned out as drawing genius. What photography concerns, Japan has always been a vanguardist country. Daido Moriyama, Takuma Nakahira o the polemic Nobuyoshi Araki, continues to inspire western photography (if there is such thing).

Born in Tokyo in 1965, Tatsuo Suzuki started taking pictures in the year 2008. Since then his personal and direct style enthrall the world of street photography.

Street Soul Photography contacted him and asked some questions: Tatsuo, you grew up in the 80’s Japan. You lived through videogames’s birth, anime’s golden age and the Japanese pop culture (last years of the Showa era). Although you started taking pictures in 2008, in which way your youth’s years influenced your work? did you feel the need/desire to photograph before?.

Yes, I was in the world of punk, «new wave», crass, contorsions, television, etc…

In Japan’s case it was friction, gauze, Stalin, E.D.P.S. Phew and other japanese music which I felt in love with. That style translated in my way of taking pictures, in a candid, fast, fictional, rhythmic and, of course, independent spirits. Frenetic rhythm is a recourse you use, you can actually feel the speed of Tokio’s lifestyle. On one hand, your pictures capture everyday scenes like people going to work in the city and on the other, we see fast scenes with smoke and traffic with fatigued and poor people who had a hard life. Do you want to show us two different worlds in the same city? which are the different faces of Tokio?

My shoots stand up because of speed, fighting spirit, sensitivity to aesthetics and other things. I like to photograph everything and everyone, including everyday scenes and also less fortunate people. This is why I like to shoot in Tokio. Tatsuo, I understood that you don’t like to use any concrete technic… I think that is not the most important thing for you but, what does matter for you in a picture?

Giving the sensation of speed, light, subjects, beauty, composition and, of course, the decisive moment.

We see some visual references to some important names like William Klein, Robert Frank, Daido Moriyama or Michio Yamauchi. Which one of this has impacted your work more?

Actually, none of them in an obvious way. My thing is speed, emotion and the decisive moment. However, I’d like to express feelings like Robert Frank in my shots but that is very hard. Taking pictures in Tokio must be thrilling due to the variety of options, thousand of faces and stories to tell in just one moment. It seems easy but it’s very hard to capture soul breaking pictures. Please, tell us how do you move in the city, do you observe or react to gestures that capture your attention ?.

When I walk down the streets, a lot of incredible objects get into my field of view. I do capture instantaneity, that is my style. I only need a place to walk on and be able to take pictures. Tell us about your hobby, punk music. How do you connect your favorite music and your photography ?.

It’s not a hobby, it’s my friend. I did learn a lot of things from it, being the most important:

Be exactly who you want to be, do what you want to do
I am he and she is she but you’re the only you Tatsuo Suzuki is an absolute, sharp and very contrasted black & white. Did you ever shoot in color? What is that you want to communicate that it can only be shown in B&W?

Black and white photography is extremely emotional, impulsive and powerful at the same time as impatient and destructive. It is much more than colors. Black and white is just the way I like to express my pictures, it’s about emotion, energy and the beauty that is out in the strees.

In the beginning, I started with color but I figured out eventually that the things I wanted to express were different. In the last years, you’ve become very popular at planetary level. What are your greatest achievements while being a photographer since you started? Are you surprised by your progression?

I don’t feel popular. I do live in a calm environment, no drama, no women, no money…

I shoot every day between 1.000 and 2.000 pictures, that’s how I was able to progress. Learning about light, the breath of subjects, the general atmosphere of the streets, So, photography is your life, you go out just for taking photos or do you use every circumstance in order to take pictures?

Yes, only photography. That’s the most important thing in my life. It’s very obvious to me that you are a very emotional photographer who evolves continuously. Which are your aims for the future? Do you have any upcoming photographic project? It’s hard to feel and think like being another photographer, however… can you give us any tip for those that are looking at your work?

I’m very happy when someone feels something while looking at my pictures. They are the fusion between the city and their people. I can only give one advice: do it with passion. All pictures are courtesy of Tatsuo Suzuki.