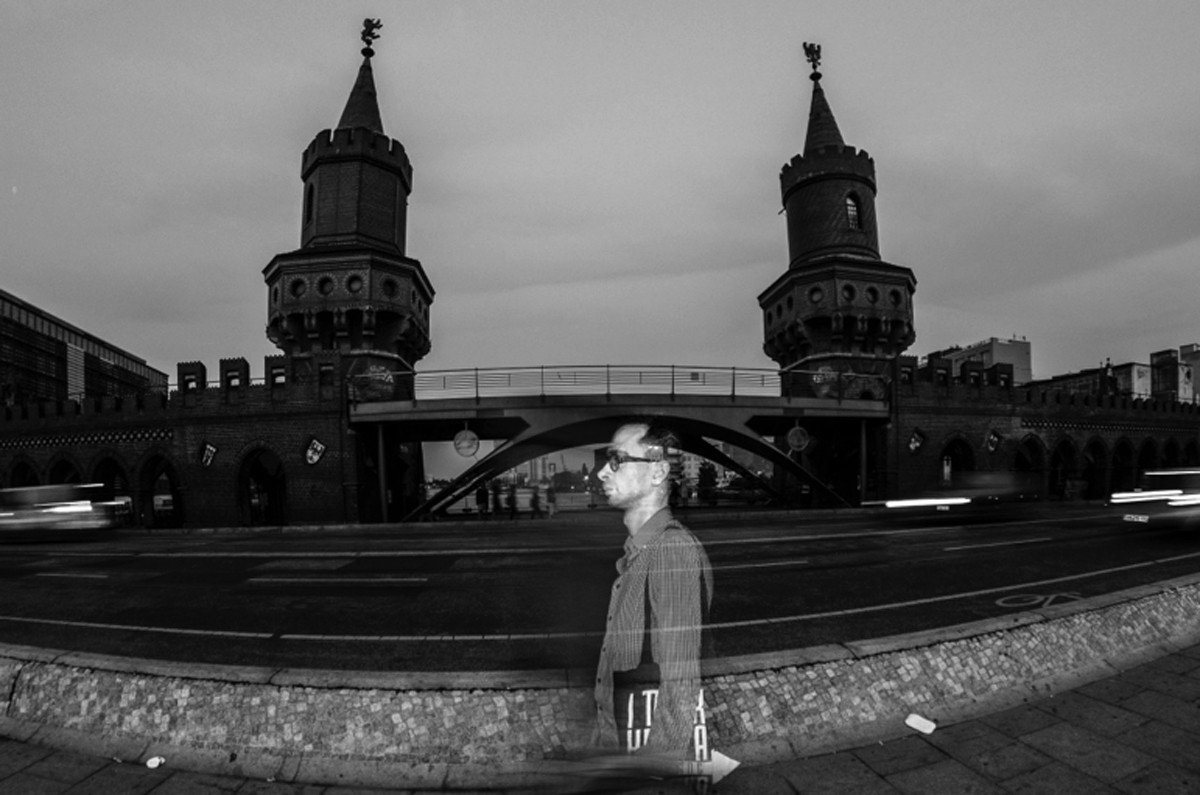 Interview to Martin U Waltz

Martin is one of these guys carries his camera always with him, in order to record with pictures all what happens on the streets of Berlin.

He started very early taking pictures on the strees, with just 14 years old he was doing street photography without knowing. You can see a flare for black & white photography in his work, with very high contrast. He likes getting very close to the subject and also has a very extend portrait collection.

He moves among the urban area playing with lines and architecture, giving that sense of movement to all his work. You can feel how you self is interacting with his pictures.

Martin is a well known photographer who has won several prizes and had had exhibitions in european countries. He’s also being voted one of the 20th most influential street photographers by the readers of Streethunters.net. Currently he is chief editor on Street Word’s blog. Martin Why Street photography and not any other discipline

I like the unpredictability of street photography. You go out and you never know what you get. I like the minimalistic approach gear wise. You just need a half way decent camera with a moderate wide angle and you are set. Finally i think the outcome is highly relevant. Street Photography reflects on urban life. And this life most of us live on a day to day basis.

what do you feel when walking down the streets?

There is usually a cycle of 3 stages: Martin, I see in your work a preference for Black and White , with strong contrasts, tell us about that

The urban space is messy these days, a clash of colors shapes and structures and nothing works very well together.

Shooting in a highly black and white is way of establishing order and focus. I can show underlying structures if I strip the city of its colors. You are a very active person in social networks, Instagram, Facebook, in which there are a lot of groups and photographies, can it become negative for a photographer to overexpose himself so much?

I shoot alone, I post process alone, and I edit alone. Social media allows me to break out of this aloneness. I meet people in real life, friendships evolve, I get feedback on my work, I can exchange ideas and concepts with likeminded spirits around the world. And I get photography jobs. So involvement in social media is of importance to me.

Yet I have left nearly all groups on flickr, facebook and g+, because I feel there is little point in gaining the appreciation of certain group editors or the street photography community at large. There is not really a point in counting followers or likes. There is an amazing amount of amount of people that feel entitled to tell everybody else what “true” street photography ™ is about. And why your work falls short. Nothing good comes out engaging with these people. I rather spent my time shooting and editing.

So yes there is a risk in over engaging in social media, loss of creativity, loss of originality, loss of artistic freedom for the sake of peer acceptance and the shared goal of hunting for followers, likes and group appreciation. Martin there is an increase of film photography, is it becoming popular or is it simply another way of doing photography? Do you shoot on film or digital?

Given my age, I have shot most of my life film. I had my own darkroom, did my own prints (which were not printed back in the day). Today I shoot digital only.

Many film photographers are a bit like leica shooters: they make it very clear that they shoot film (leica) and that that is something very special and awe-inspiring.

Well, I disagree. In the end you either get amazing imagery out of your device or you don’t. It is as simple as that.

Having said that, some of my friends whom I respect highly shoot film. I can see the quality of shooting slowly, of reducing your choices by limiting yourself to a certain type of film, the quality of being unable to review your results immediately. I see the beauty of these mechanic cameras. I think shooting film has a certain zen quality to it. And that is per se aimless. I respect that.

But when I’m out on the street I want to have the most powerful image machine in my hands, and that is a digital camera these days I see that you like being close to people, tell us at which distance you feel more confortable, what equipment you use

Tony Ray-Jones wrote in his famous approach notes: “no middle distance” I see a lot of wisdom in that. The choice of distance depends on my mood and the situation in general. In a crowded area there is no other way to shoot than very close. If you want to catch the emotion of cheering football fans, again, you need to be close. I usually shoot with a 28mm or 35mm, at night I sometimes use a 50mm. Right now I have 3 cameras a fuji x100t, a ricoh gr and a sony a7r.

You have a wide and interesting work on portraits in the street, how you interact with people?

How do you approach people?

Most of the time i do not approach people in order to take a street portrait. It is more like that i get to chat with people on the streets for whatever reason. And then, when i feel there is a relationship i will eventually ask them for a portrait.

It is much easier to shoot that way when a certain amount of trust has already been established. Martin, tell us about your project

I think my long-term project is capturing the contemporary Berlin, the city I live in for over 30 years now. This comprises many styles of photography, some clearly beyond street photography.

Short term: I have had my work 5 times in the last 18 months, 5 European countries, 5 cities. None of them being Germany or berlin. I would like to change that. I would like to have an exhibition in Berlin We want to thank Martin U. Waltz for this interview.

All pictures in this interview are intellectual property of Martin U Waltz, use without permission is not allowed.